The Cabrillo National Monument in San Diego describes the expedition by Juan Rodriguez Cabrillo to explore the west coast of what is now the U.S.  He arrived in San Diego harbor in October 1542.

In the museum, there are two models demonstrating replicas of 16th century arms.

The crossbowman above is wearing a metal helmet and hip length chain mail.

He is armed with a metal cross-bow and is preparing to load it. His foot is in the stirrup. The “goat’s foot” in his left hand will be used to pull the string back and latch it to the trigger catch.

He will then load a bolt, or quarrel, and the weapon will be ready to fire. 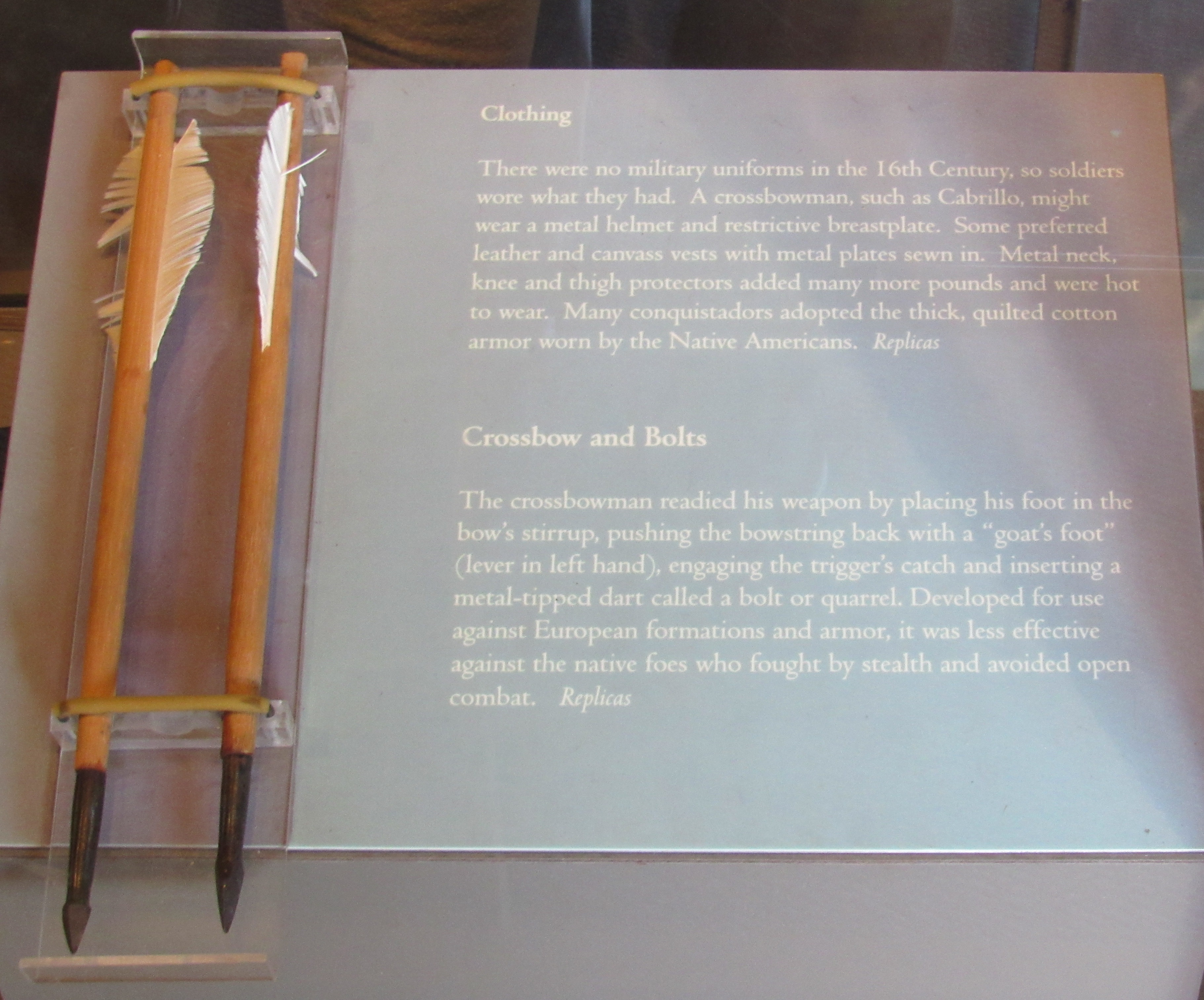 He is wearing a helmet and upper body armor. He is armed with a sword. Notice he is wealthy enough to afford nicer leather footwear than the crossbowman.

At the moment I don’t have any price indicators for the above armament in the 1500s. If I find such information, I’ll come back to this post and price out the above equipment.